As per the 2018 HNO (Humanitarian Needs Overview), the Food Security Sector estimates that 6.5 million Syrians are acutely food insecure and a further 4 million people are at risk of becoming acutely food insecure due to their fast depleting livelihoods. In total, the groups of acutely food insecure and those at risk of food insecurity represent an estimated 54% of Syria’s population. People’s food insecurity across Syria remains triggered by three main factors: insecurity, lack of financial and physical access to food, and depletion of livelihoods. In particular, lack of financial and physical access to food is the result of a big drop in food production in Syria, lack of income and low purchasing power, fragmented markets and high prices. The total wheat production in Syria in 2017 is estimated at 1.8 million tons, still equates to less than half of the pre-crisis average of 4.1 million tons (2002-2011). This big drop in wheat and food production in Syria is due to non-availability of production inputs, their high prices and the big damage in the infrastructure and services. In August 2017, the national average cost of a standard food basket decreased by 0.3 percent when compared to August 2016. However, food basket prices were still 90 percent above August 2015 national averages and 800 percent higher than pre-crisis level. 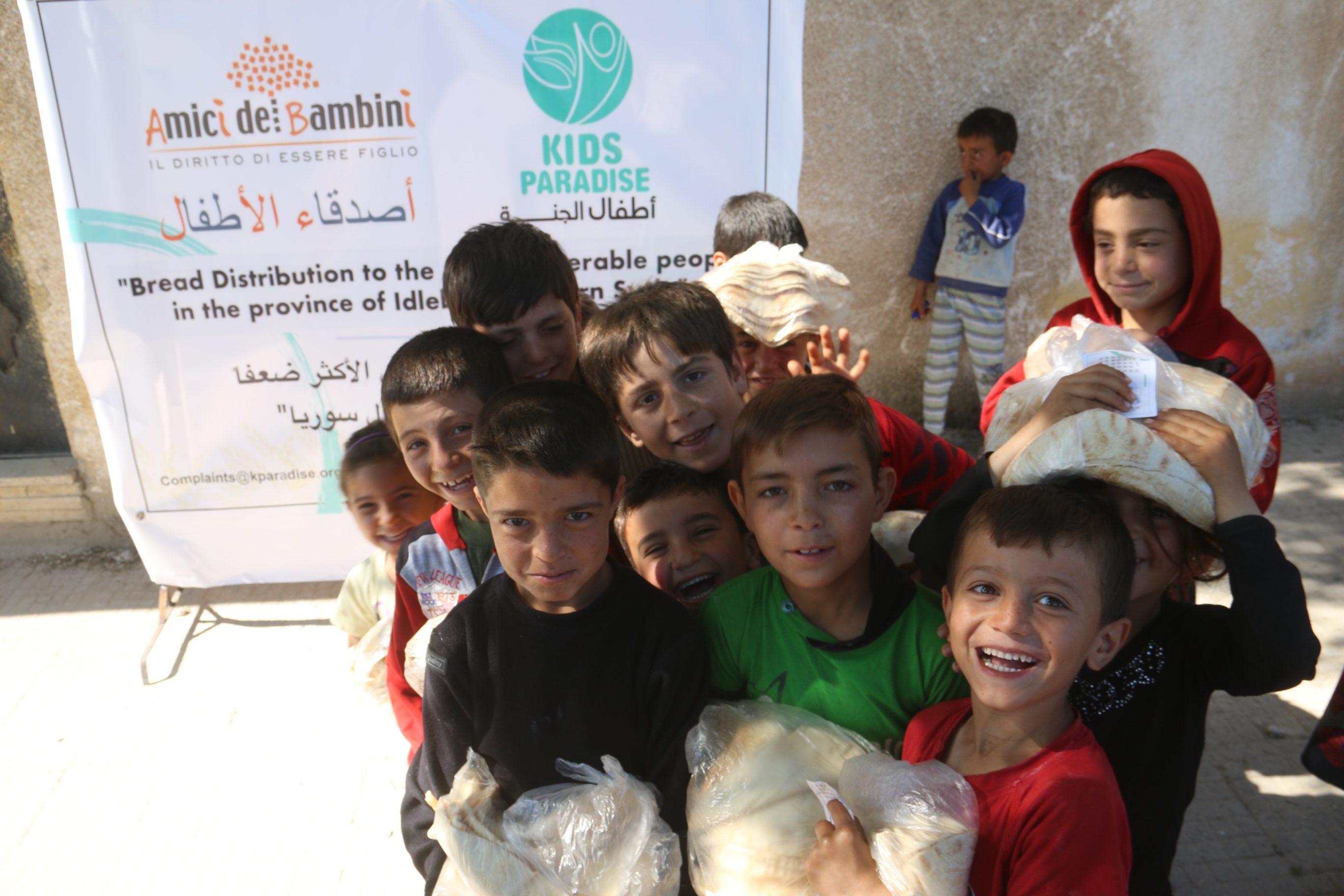 Kids Paradise in partnership with AiBi launched a project to distribute bread for free and/or subsidized price as stage one (230,000 bundles of 1 kg bread) in the Idlib province by contracting local bakery; and construct a mobile bakery as stage two of the pilot project to supply randomly installed camps at the suburb of Ma’aret An Numaan – Idleb; with an important food commodity which is bread (200,000 bundles of 1 kg bread). This will contribute to alleviate some of the suffering faced by IDP’s and local residents by providing a basic food which is bread at a reduced cost or for free to the mostly affected population by this war.

This project had the over-all goals of:

a) Filling a huge gap in emergency humanitarian aid as a result of population displacement.
b) Increasing access to food and ensuring the temporary survival and resilience, by the distribution of almost half a million bundles of bread in the duration of 10 months, to IDP’s and local residents.
c) Supporting vulnerable families in communities. 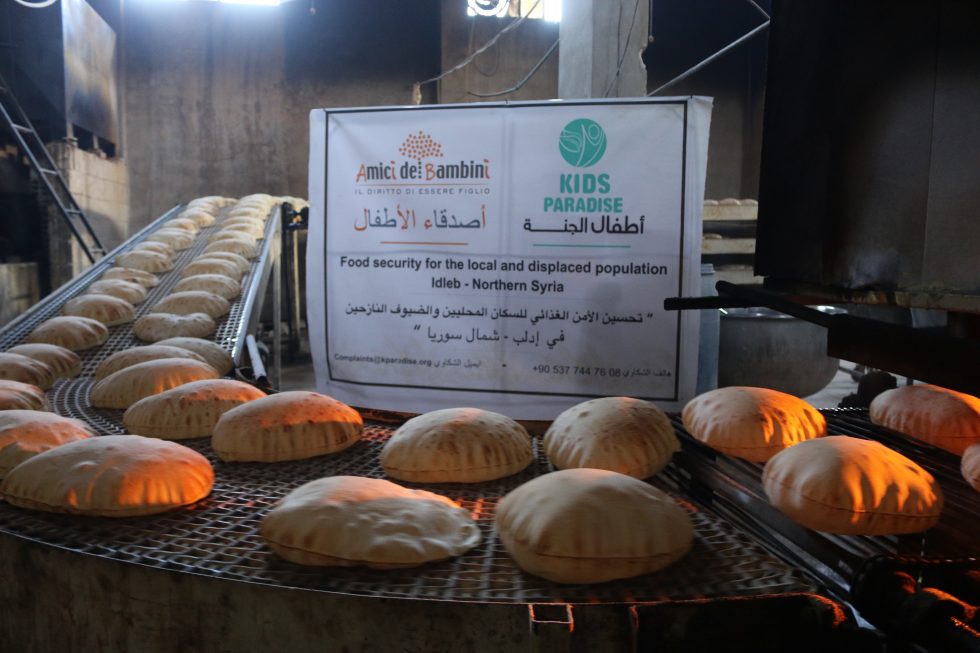 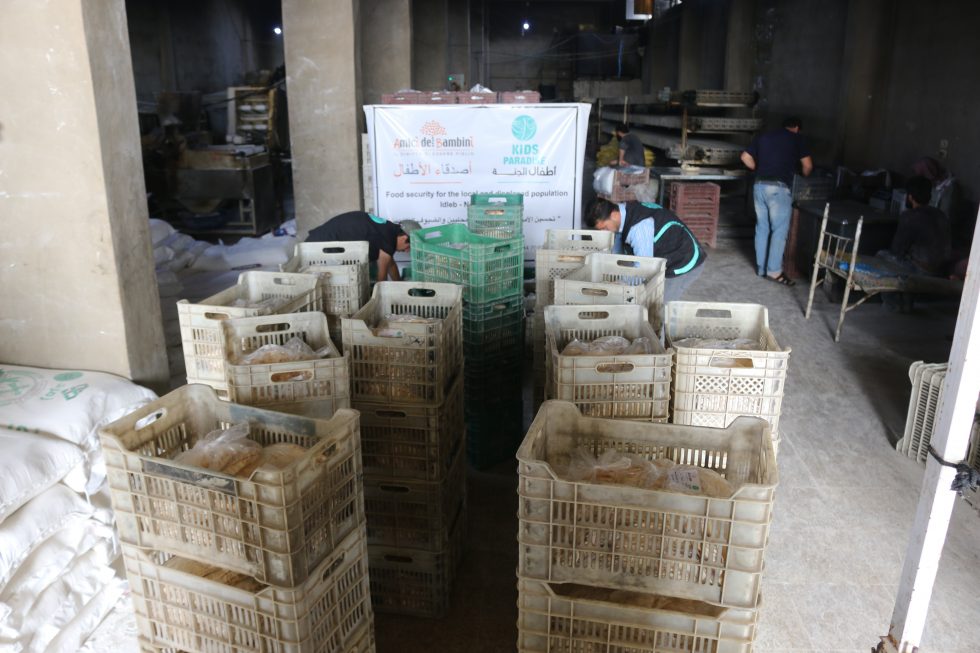 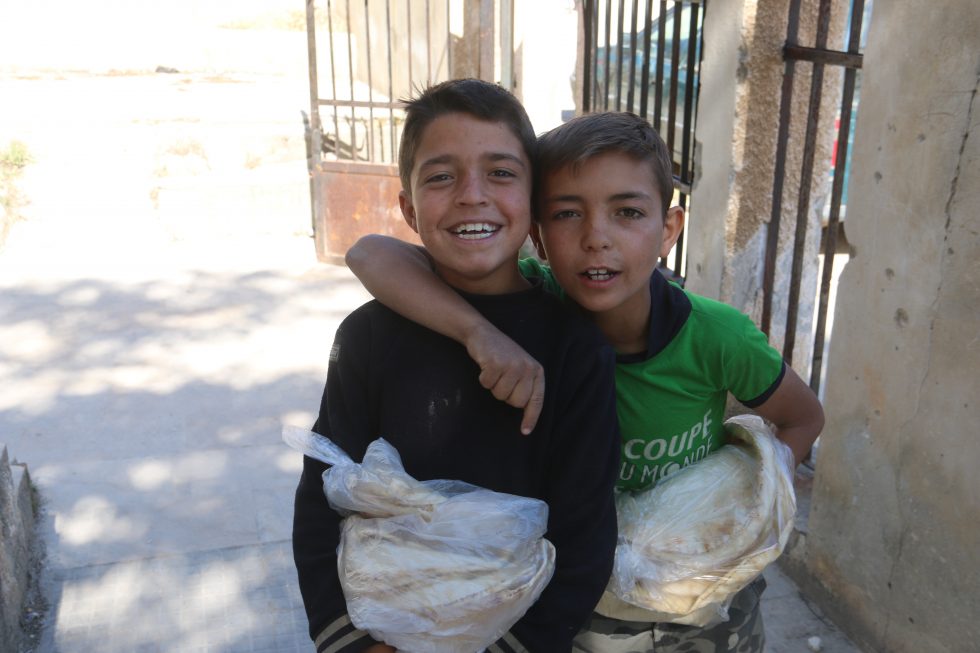